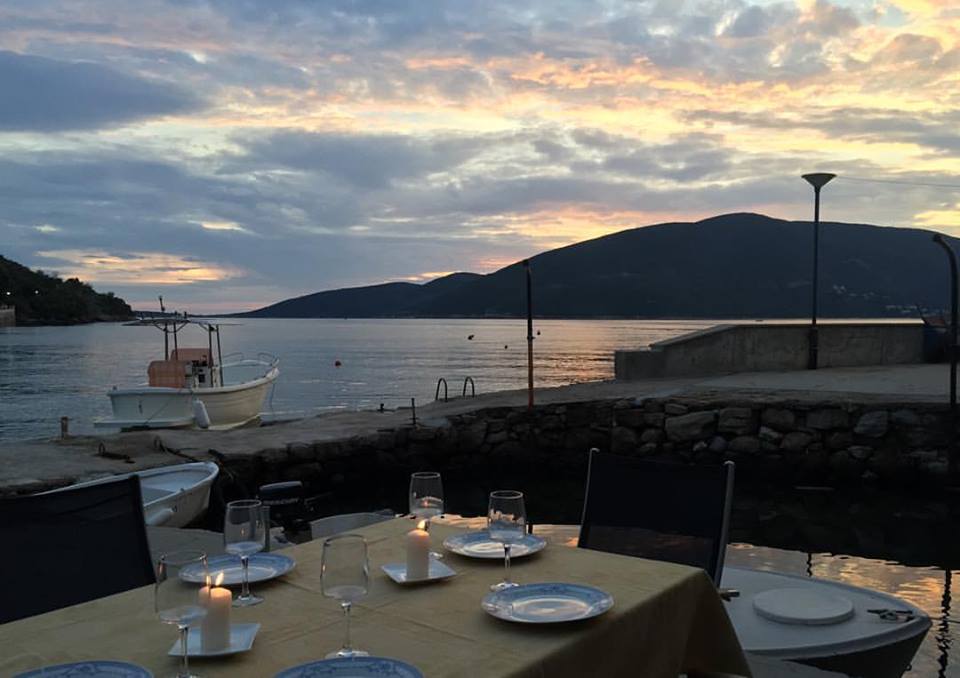 A great start with the all familiar breakfast, Fresh, Honest and Local  to begin another day of open sea and a delicious opportunity to be enchanted at Miriste/Zanjice beach and an optional boat excursion to Blue Cave, Mamula Fortress and Dobrech beach

The intriguing fortress on this island was built in 1853 by an Austrian general Lazar Mamula, together with several other fortifications positioned strategically around the entrance of Boka Kotorska Bay, the southern-most border of the Austro-Hungarian Empire. It became infamous as a ‘Symbol of anti-fascist struggle’ when Italian troops turned the fortress into  a concentration camp during the war on  May 30 in 1942.

Everyone who have visited, come back excited and full of stories. Some who have a heightened sense of the artistic describe swimming in the cave as “descent into the blue” because of the amazing combination of blue sea and the various shade of blue on the walls of the cave caused by the refraction of light. You will experience a scenic boat ride past the villages and countryside of Montenegro’s coastline to reach Blue Cave, located just outside the bay. You will visit this natural hall with a 9- meter high vault and have the option to jump for a swim in its crystal-clear waters that are transparent down to the cave’s 13meters deep seafloor. The pale-blue waters that strangely enough are several degrees warmer than the water outside the cave.  Entering  this  blue cave itself, at first, seems like a daunting experience – the rock above the entrance is low and as your eyes adjust, everything seems to be cast in extreme darkness.  However, after realizing that the cavern is large enough to accommodate several boats, you pass a small bend and realize why this natural wonder is called the Blue Cave.

Enjoy an hour of free time to swim and have snacks  at either Zanjice or Dobrech beach. Also, of interest is Mirišta island close to Herceg Novi, on which the 14th-century Most Holy Mother of God monastery is situated (some even say it dates from the 11th century)