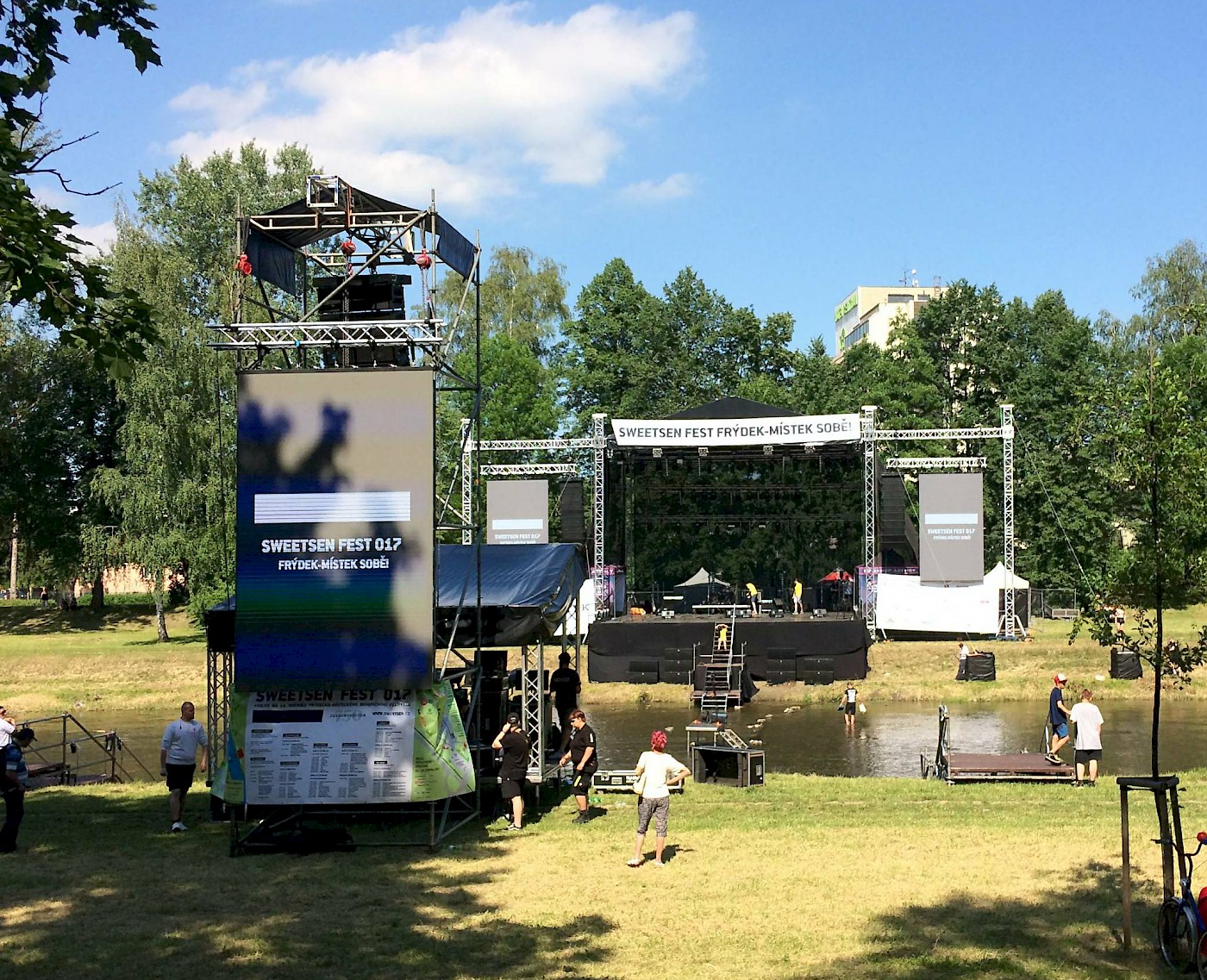 June is music festival time, like Glastonbury UK, which always attracts politicians keen to look cool among the younger crowd even if it means more wallowing in the mud. The event in Frydek-Mistek CZ is called Sweetsen and since the city is celebrating 750 years, the bosses came up with a gimmick to highlight the status of this twin city. They erected the stage on the Silesian side of the river Ostravice for people to watch the acts from the Moravian side. Being across a whole river, it was kind of hard to see anything, so they wisely erected TV screens as well. Judging by the lines at the vendors, the crowd was enormous, hungry and thirsty, but unlike Glastonbury, nothing to show by way of class distinction, at least not from this one view from a nearby car park. 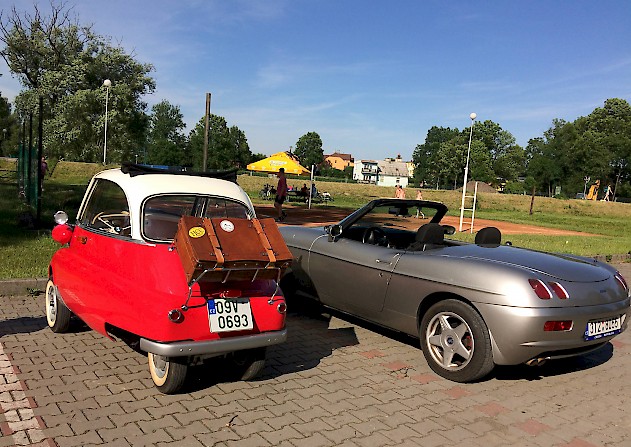 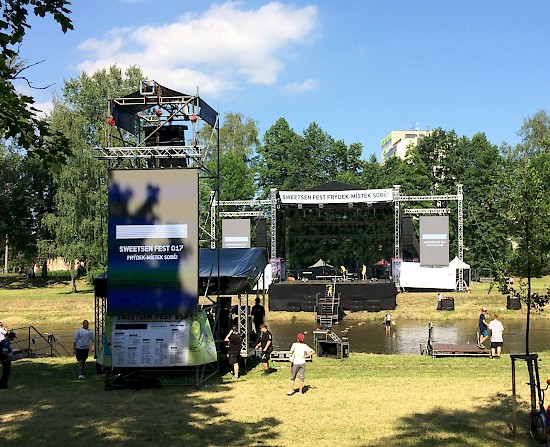 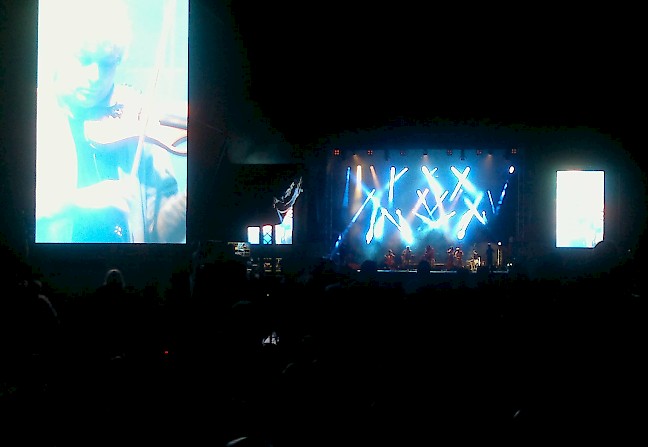 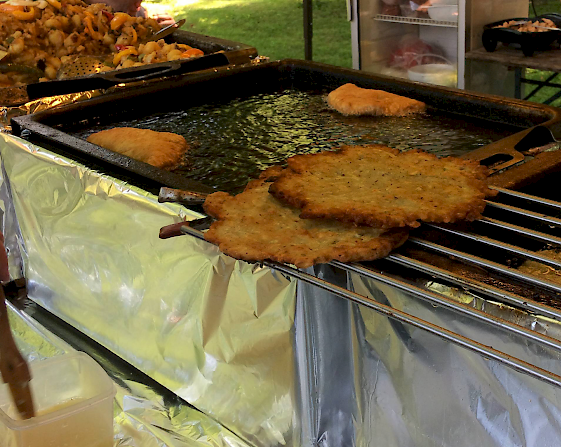