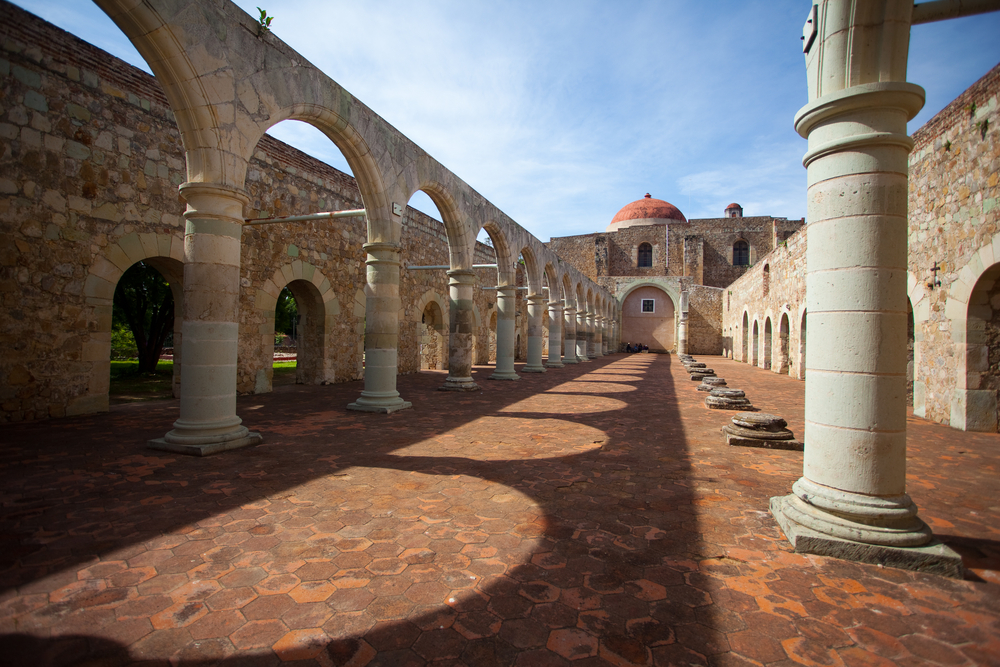 For those intrepid travellers who want to unleash their inner explorer and come face to face with the exciting and rich history of Oaxaca and Mexico, there is a fabulous treat waiting at Monte Alban for you. A highly regarded archaeological site listed on the UNESCO World Heritage list, Monte Alban can trace its roots back to 500 B.C.  Visitors can immerse themselves in the Olmec, Zapotec and Mixtec cultures where there is a pyramid, sculptures, amazing carvings and an astronomical observatory.

For more than a millennium, successive generations of Olmec, Zapotec and Mixtec peoples ruled the life of the Oaxacan valley from the city-state of Monte Albán. Carved into a mountaintop 6400 feet above sea level, vast areas were levelled in 300 BC for terraces and plazas. Temples and residences that allowed for seismic movement were built using layers of quarried stone and adobe. By 800 AD, 50,000 people lived in the city of Monte Albán. It was so large that suburban satellite neighbourhoods were built on surrounding mountaintops.

At Aztompa you can truly get a feel for what it was like to live in the Mexican Pueblos and see modern villages selling their wonderful crafts. The town of Atzompa was founded somewhere between the 7th and 9th centuries and pottery making has become its main economy.  We will visit a Green Clay workshop where the ceramic work which is both utilitarian and decorative is done in pueblos. Visitors will get a chance to leisurely explore the magnificent churches and traditional vibrant market.

The Atzompa archeological site has only been open to the public since the fall of 2012. Atzompa was built in a similar style to Monte Albán, although scaled down. There are small plazas, a temple, a tomb with funerary chambers, an artisan’s area, a stone quarry, and a large ball court, one of the largest in Meso-America, measuring 5 x 22 metres in an “I” shape,  north/south in orientation with long benches for spectators on either side. Ball games were both religious and political and were “practiced to influence the movement of the stars in the sky, the continuation of the existence of the cosmos, and thereby, the continuation of life” or so the signage at Atzompa tells us. It’s easy to imagine the power and influence of the games.

From “Plaza C” you can see across to the city of Monte Albán. They looked across to the seat of power, both political and religious. Inhabitants looked down on the peasants, workers and farmers in the valley. They could easily see movement or threats from other people travelling in and out of the valley. These were wealthy and powerful people, who lived in luxury.

Visitors will get a chance to leisurely explore the magnificent churches and traditional vibrant markets.  Lunch at La Capitlla restaurant  Travel time 40 minutes.

In San Bartolo Coyotepec meet masters of black clay, whose pieces are fired in specialized subterranean furnaces. Home to the famous barro negro pottery and traditional craft of the Zapotecs and Mixtecs. The polished, surprisingly light, black pottery that you find in hundreds of forms around Oaxaca, comes from San Bartolo Coyotepec. It was Rosa Real Mateo (1900−80) who invented the method of burnishing the barro negro with quartz stones for the distinctive shine, when fired in pit kilns turns black from smoke and the iron oxide in the clay.

We arrive back in Oaxaca at 6 PM, evening free