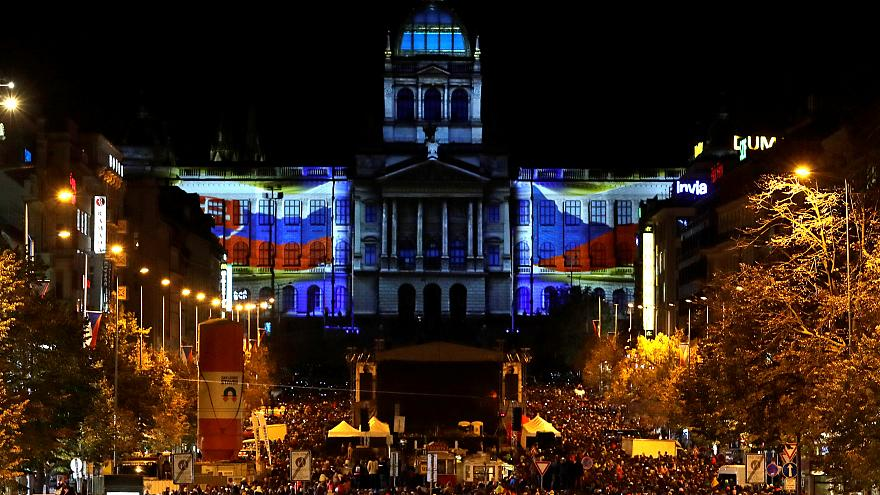 The culmination of these events was an authentic military parade in Prague. The turnout among spectators was decidedly tepid, probably because of the poor weather, but doubtless too because there hasn’t been a warrior cult in this country since the Czechoslovak legion was disbanded a hundred years ago. The closest revival came in 1940 with the Czech pilots who flew for the Royal Air Force against the Luftwaffe. Their well-earned glory was short-lived, however. The future communist leaders, hiding out in the Soviet Union during the war, conspired to ruin the pilots and did just that after coming to power in 1948.

There was a certain poignancy in the recent centennial celebration, knowing that it may well be the last time this day is so remembered. All the Masaryk and Legionnaire events had actually peaked a month earlier, on September 28. That’s because this day is set to become the new Statehood holiday. Everybody was just waiting to get the centennial of independence out of the way to make it official.

What makes September 28 special in this regard is it marks the feast day of St Vaclav. He’s the patron saint of the nation, just like St George is for England, only he’s a local, born in Bohemia around 907 AD (that George fellow has no connection whatsoever to England). He’s well-known internationally if mostly under the Latinized form of his name, Wenceslas. Although never a king in his lifetime, he’s the same Wenceslas of the Christmas carol, the “good king” who braves the deep winter snow in order to help a poor peasant. Vaclav’s equestrian statue at the top of Wenceslas square is also one of the most recognizable images of the country. 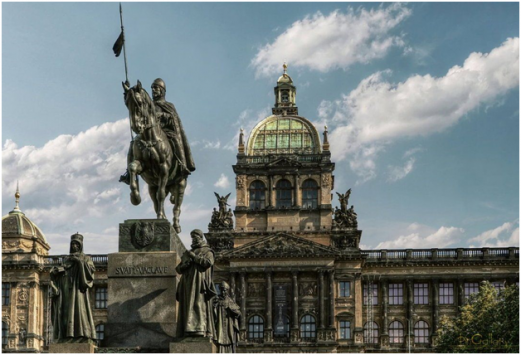 He’s also quite unique among national heroes in that he was famous for his peaceful endeavors and alms he gave to widows and orphans rather than inflicting bloodshed on other countries. Going back again to the example of England, conquerors like Henry V are adored and worshipped there, whereas their own kings of peace and charity, Henry III chief among them, are wholly neglected. But not everyone here was ecstatic about the choice of Vaclav as the symbolic founder of statehood, and the martyrdom that formed the basis for his sainthood shows that the people of his own day had their own reservations about him. Or at least his family.

There was his mother Drahomira, who was furious when her mother-in-law Ludmila was named regent during Vaclav’s minority. So she had her strangled. Drahomira also had a hand in Vaclav’s own murder on September 28 in 935 AD. Invited to a feast, he was carved up by a group of assassins led by his own brother Boleslav, who then succeeded him as prince. Apparently Drahomira, Boleslav and other nobles were unhappy with what they saw as Vaclav’s appeasement of their German neighbors.

For a country where the appeasement of Germany in 1938 led to its occupation, followed by a horrendous war, immortalizing Vaclav as the founder of the nation was understandably problematic. Boleslav, moreover, proved a far more successful ruler and gave the Czechs as much independence as they could afford in those days. But killing his brother had earned him a nickname that made sure he would never get the nod for the holiday. “St. Wenceslas” may not be the easiest name to market to tourists, but certainly has a nicer ring to it than “Boleslav the Cruel”.

This is a pleasure if you are thirsty and a great one if you are very thirsty! Check this out ‘Czech for Beer’

A humorous serial on Czech the Children by Darren Baker, on raising kids in a bilingual family, you can read them here.

We listen to our customers, so tell us, what do you want us to know about your visit? If you would like to comment on this story or anything else you have seen on our blog, head over to our Facebook page or message us on twitter.